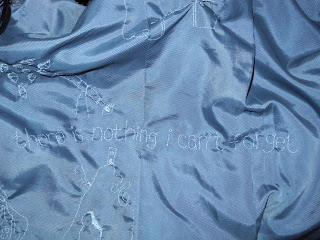 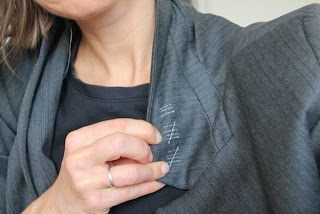 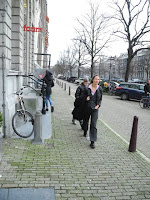 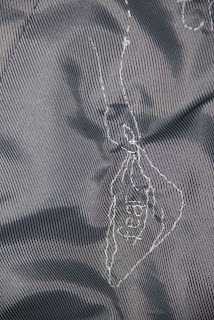 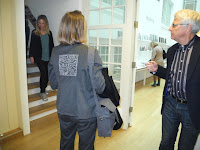 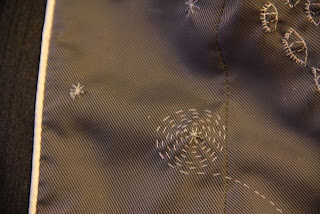 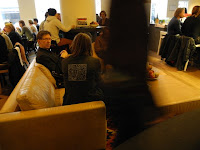 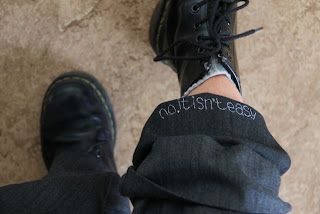 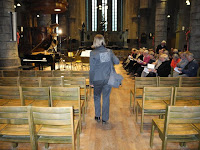 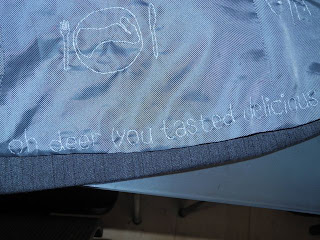 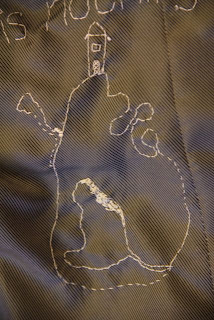 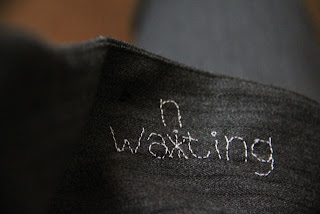 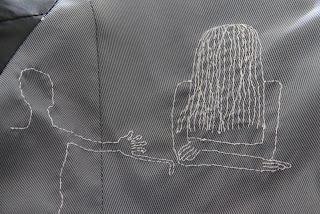 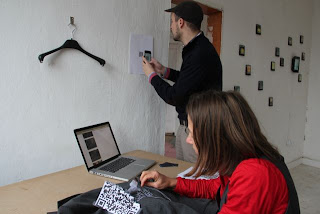 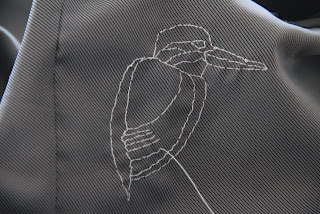 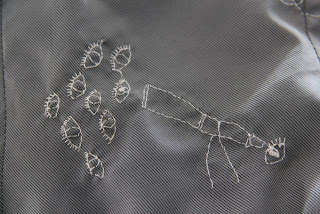 I wore it on the train, in the optical museum in Jena, in a mild snowstorm, in a cafe,
in another cafe (where I spilled coffee over it), eating diner at a friends’ place, holding a ladder while two people were painting a wall, at a concert, in my own house, in the supermarket and everywhere inbetween
I will wear it the coming weeks, months, while sewing my thoughts on the inside
and wondering what this is all about
is it a diary? a mindmap? a performance? an egocentric ego-document or can it communicate something more than what is on my mind?

what is the role of inside and outside? how can I use the voyeuristic element?

is the value in my perseverence to wear it?

should i go on a trip again and wear it while walking?

While sewing in the train to Jena I sat next to a woman who was shouting the private details of her life in her phone so we could all hear it but nobody took notice of it. Do you have to be secretive to make people interested these days? Silent? On the inside?

I had some nice conversations during the process. And saw a kingfisher in the snow. Only because I am wearing a suit. I'm sure. 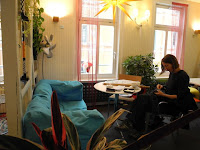